As well as deep vein thrombosis (DVT) and pulmonary embolism (PE), blood clots in veins and arteries can cause a number of associated medical conditions. Some common conditions that are caused by blood clots are mentioned below.

Always talk to your doctor if you have any concerns about these conditions or if you think you have symptoms of blood clots.

A sore and swollen leg after a deep vein thrombosis
A condition known as ‘post-thrombotic syndrome’ (PTS) can develop in some people who have had a DVT. It can happen months or years after the DVT and is the most common complication of DVT. [1] The symptoms can include pain and swelling, a feeling of heaviness and skin ulcers. Although there are no specific treatments for PTS, special stockings and keeping the leg elevated are recommended.[1]

High blood pressure in the arteries of the lungs after a PE
A condition known as ‘chronic thromboembolic pulmonary hypertension’ is a serious complication of PE. Usually a PE can be successfully treated.  However, if the clot does not fully dissolve or a person suffers frequent recurrence of PE, the lungs can become damaged and undergo harmful changes that can result in high blood pressure in the pulmonary arteries. [2]

Stroke
A stroke happens when the blood supply to a part of the brain is interrupted and the brain cells do not receive oxygen and die. This may happen if an artery is blocked by a blood clot, called an ‘ischaemic’ stroke, or if a blood vessel bleeds in the brain, called a ‘haemorrhagic’ stroke. [4]

The result from an arterial obstruction depends on which part of the brain is affected by the lack of oxygen and the extent of the blockage. Mild strokes or ‘transient ischaemic attacks’ are caused by limited blockage; they have the same symptoms as a stroke but usually last less than 24 hours before disappearing. Symptoms of mild strokes or strokes may include speech, swallowing and vision impairment as well as paralysis of one side of the body or partial paralysis. Stroke can cause permanent damage to the brain. The functional symptoms of a stroke may improve over time, although in some cases the brain may not fully return to normal function.

If a stroke is suspected, it is important to seek immediate medical attention. [4]

Heart attack
A heart attack or myocardial infarction (MI for short) is the result of interruption to the blood supply to the heart. [5] If a thrombus blocks an artery which supplies blood to the cardiac muscle (a coronary artery), a life-threatening heart attack can occur. The heart muscle works continuously to pump blood around the body and requires a constant supply of oxygen-rich blood to nourish it. The coronary arteries provide the heart with this critical blood supply. If the blocked artery is not reopened within a few hours, the consequence is the death of cardiac muscle cells. [5] The damage to the muscular tissue can affect the heart’s ability to function normally.

Typical warning signs of a heart attack are discomfort and/or pain in the chest, which feels like heaviness or tightness. [6] Other common symptoms include discomfort in the arm(s), shoulder(s), neck, jaw or back as well as shortness of breath, nausea, cold sweat and dizziness. [6] These symptoms can come on suddenly and usually last for 10 minutes or longer. [6]

If a heart attack is suspected, it is important to seek immediate medical attention. 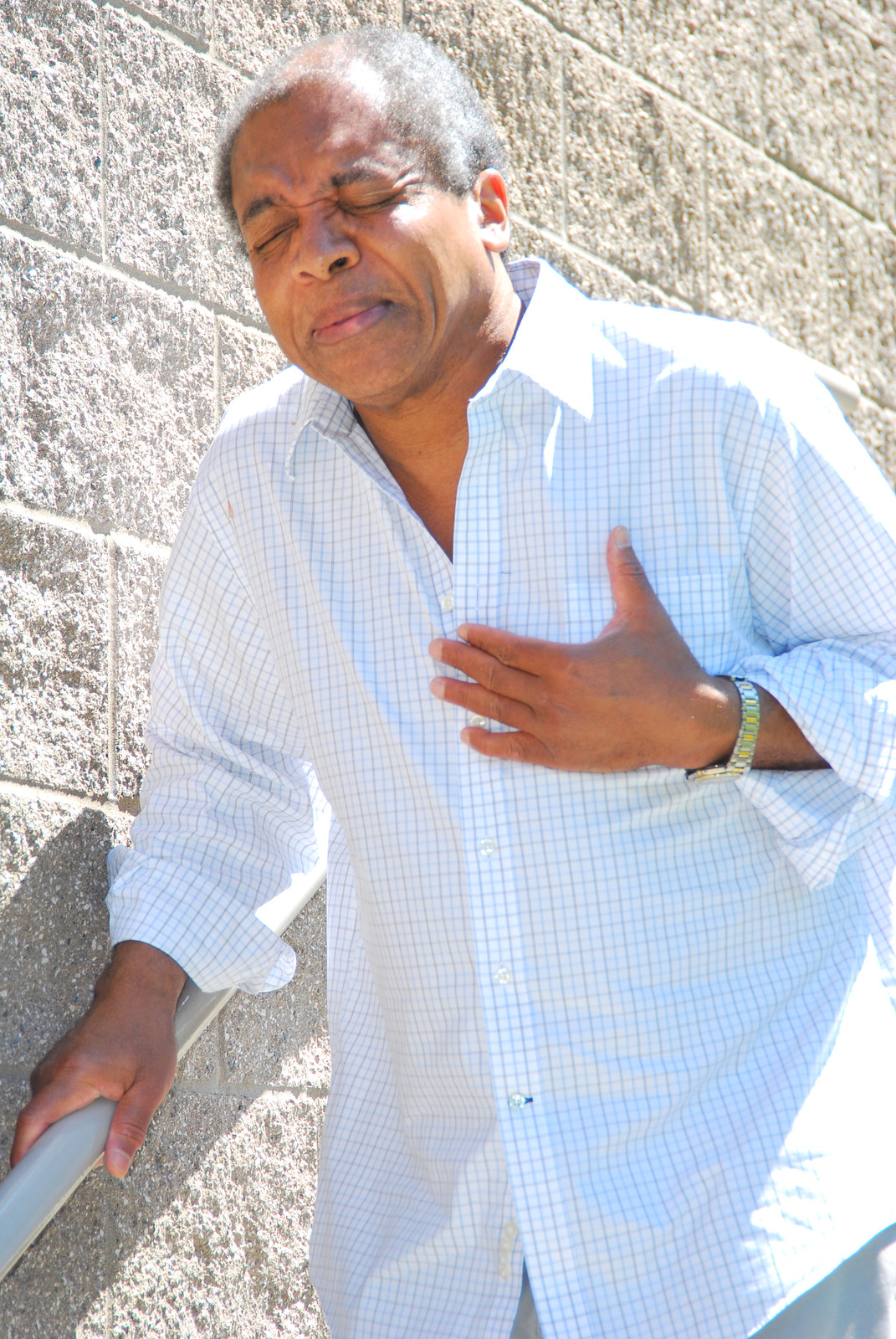